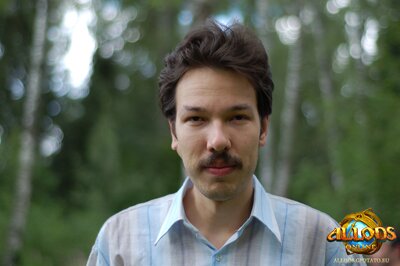 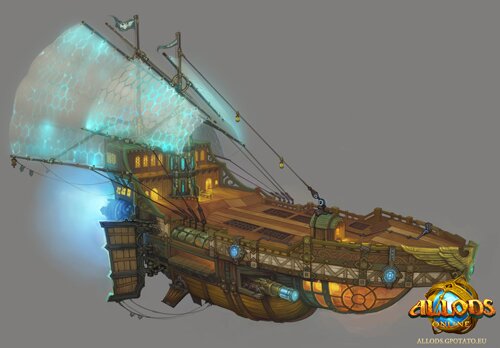 The team had a lot of big and small changes as they evolved their concept from a prototype to a full 3D ship. They wanted to make sure that there was a wide range of strategies available to players, and allow new strategies to emerge as players populated the world. On the first tests of the prototype, the game featured only combat with no boarding. The battle ships lacked open spaces and featured lots of small rooms, packed with corners and curves. This meant that players who favoured ranged abilities were unable to use them.

For example, Mages could not use Fireball spells as the different barrels and barriers blocked their line of sight through to their opponent, and opponents could avoid magical attacks very easily. The team played through the prototypes and came up with a novel solution: players would be able to cast a spell in advance before chasing their opponent down and hitting them with it. This feature stayed with the game throughout development and can now be found in the game.

While having a lot of fun playing with the game, the developers added new improvements into the Astral battles almost daily. These test sessions were crucial to polish and improve this key component of Allods Online’s gameplay. The team quickly found out that fighting on these big battleships was very different  to fighting on small boats.

Another feature to evolve during these sessions was the appearance of roles on the ship, missing from the early prototypes. A result of this was the appearance of the role of a Navigator, a single player who can see almost everything that is happening around the ship and who dictates the course that the ship should take through the Astral. Features such as the ability to turn the ship 180o were added, and then special abilities that could be used during combat. The role of a repairman who initially stood in the centre of the ship in prototypes was given to a team of goblins.

As always in game development, the prototype proved to be a key component of the development process, allowing the developers to make a unique style of gameplay that would allow the game to stand out from its competitors. And as the developers are all gamers, it meant that they were being as critical as any other player could be to develop a perfect balance. What else could they ask for? 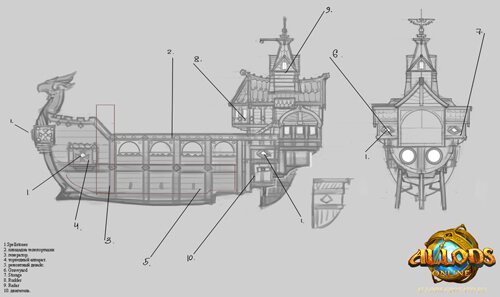 To be an explorer, or to be a pirate. That is the question.
Having your own ship in the Allods Online universe opens up a wide range of opportunities to players.
Firstly, it allows an utterly different type of gameplay experience to that which can be experienced on the ground. Players can be a pirate, an explorer discovering new allods that hold precious treasures or can fight or retreat from huge and powerful monsters that inhabit the strange and changing substance called the Astral. All players need to do is to get their player to the right level with their characters, gather friends, start building their ship and embark on adventures across the Astral.

The Astral is a dynamic, changing substance that appears to have a life of its own. This means that any travel away from the security of an allod is very random, with lots of exploration available. Players who find a way through to one place using a certain course should keep in mind that they may never get back to the same location by following the same course.

When players unlock Astral battleships, they can travel in rather safe zones, fighting small demons and discovering small allods. As their fighting skills develop and their ships improve, players will soon realize that they are ready to embark on far more dangerous adventures and explore the far Astral. There they will encounter huge monsters that hold useful trophies, find unknown islands and have the opportunity to fight other ships. Once their ship is packed with treasure, they need to set back home. The return trip can be as eventful as the journey, as a booty-laden ship is an attractive target for pirates that are hidden among the conduits that connect the Astral.

Players have lots of choice to get back home. They can set off in a random and unknown direction, and risk getting lost and losing their ship with all the treasures in its hold. They can engage pirates and defeat them in battle, or try their luck and see if they can sneak past the pirates. Risk is an important part of the Sarnaut world. 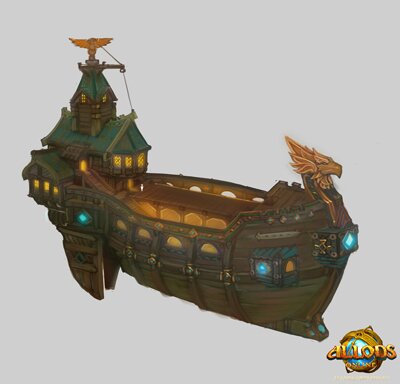 A task for everyone, any place, anytime
From the early sessions as the developers worked on Astral Ships, they quickly decided to implement roles for different players who would play on board. However, it was not clear how these roles would be distributed between the crew of the ship. As time went by, the developers decided that roles should not depend on character classes, and went as far to make sure that players could choose their role on the fly in the heat of battle.

Each ship has an energy reactor that converts energy captured by the ships sails from the Astral to all the components of the ship: its engine, protective shields, cannons and the powerful mana-torpedoes.

A crew member needs to take on the role of the ship’s captain. Any player can take this role, so it Is not confined to the ship’s owner. Players will need to decide this amongst them, and the person they choose will receive a special Navigator’s Visor to allow them to see the space around the ship, and to forsee threats that could emerge from the Astral close to them. Then there is the helmsman who decides the course that the ship will take. For combat, several players on the battle deck use cannons or torpedoes. When the ship gets damaged, a player in charge of repair should make good use of the goblin repairmen that populate the ship, setting them to work on damaged areas.

If they are boarded, the ship’s deck turns into a real PvP area. The ship is surrounded with a special protective sphere, all the ships components are turned off and players participate in a fierce battle for control of the treasure located in the ships hold. It doesn’t matter what role players have in this situation, every crew member is required to fight off the threat. 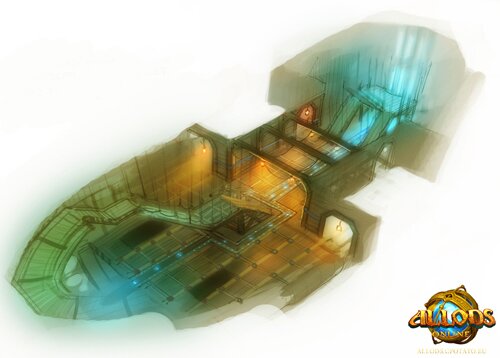 Looking for high level carpenters, PST
Astral ships are a very important and useful gameplay element in Allods Online. Pretty much every player will want to own a ship, sooner or later. It’s not an easy thing though, as owning a ship requires co-operation, an investment of time, and in-game money. After reaching a certain level, players can get a specific quest that reveals the secret processes involved in building a ship.

Astral ships are complex devices, so the process of building them takes a lot of time. There are ways to speed up the process by completing sub quests that reward you with useful materials. The next quest in the line will involve a group of high level players going through a dungeon. A small time investment in ship building each day can lead to a ship being built in a third of the normal time. Players can also watch the ship being build in the hangar bar and see if grow bit by bit. This hangar can be entered by going to the Astral Academy, which also contains a dock for parking your ship, and a repair shipyard.

The Astral Academy is always packed with explorers, customers, traders and NPC characters in charge of the Astral quests. It is the ideal place to meet other players looking for Astral adventures, Astral storytellers and a place to find out the latest intel on pirates. 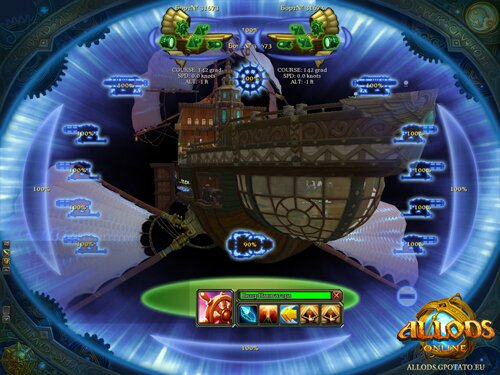 Teamwork makes the dream work
Maneuvering an Astral Ship is not a simple task; various mechanisms are involved in the process and many important devices need to be co-ordinated to ensure that players go where they want to go. A successful trip requires co-ordination by all of those on board. The Navigator’s device will show all the threats around the ships environment for several kilometers.
Teleporting pads allow players to board enemy ships and transfer to the hangar bay while shields located on each side of the ship protect it from damage. The captain’s visor also allows players to scan an enemy ship and let the crew see the status of their ship.

The main weapons on a ship are the cannons, which can be loaded with several types of magical ammunition. Some can be used to break through the shields, others will inflict damage on the ships hill, while others will break devices on the enemy ship. In addition to the firepower available with the cannons, torpedoes are located at the front of the ship and allow players to shoot straight ahead.

But most importantly, the heart of a ship is its energy reactor. A crew who does not protect this at all costs, all the time will have a hefty repair bill and have their Astral adventures curtailed if this is damaged. You have been warned. 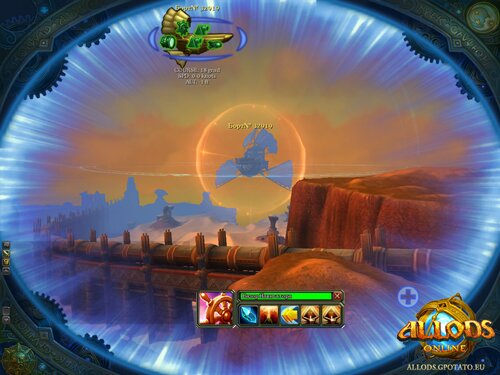